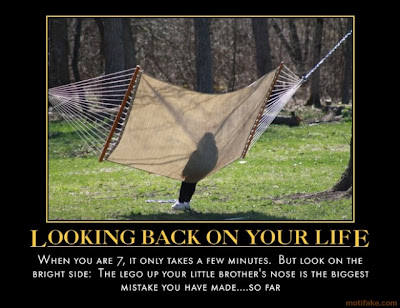 This is a special anniversary for me.One year ago, I woke up not feeling right. Everything on me – especially my legs and lower back – felt sore, stiff, heavy and tired. The soreness and fatigue lasted throughout the day, and while I didn’t feel sick, exactly, I must have sounded it. Everyone I spoke to asked if I had a cold.

At first, I thought I had simply overexerted myself, since I had been packing up my family’s things in a move to a new house. But after two weeks of constant fatigue and soreness – which had spread to my neck, shoulders, arms and hands – I realized that something more serious was going on. Then, after work one evening, I took the socks off of my aching feet and saw that both my ankles were swollen badly – as if I had swallowed two whole oranges and each had dropped down to an ankle. To me, ankle swelling registered as a heart/circulation problem. After a terrible and sleepless night, I called my doctor.

It turned out that I had come down with an acute form of Sarcoidosis, which is basically a lung disease. Swelling in vessels of my lungs caused arthritic symptoms and fatigue. Fortunately, the prognosis was good, and with medicine and rest, I recovered in about 6 months. The disease will most likely not return, but I am always paying attention to my body now and certainly don’t take feeling good for granted.

This past March, I had a different kind of “just woke up one morning” experience. Seemingly out of the blue, I got up and felt totally committed to being more fit. The interesting thing is how the decision and the dedication were there before I even opened my eyes. Of course, I had been frustrated for some time at how heavy I was getting, how bad I looked in my clothes, how slow I had become, how fragile my back and neck always seemed to be, how easily and often I seemed to come down with sniffles and headaches, and how meek and unconfident I always felt.

But that morning, it was as if I had always been prepared to eat clean and exercise. I immediately started making better choices in meals and food shopping, and I started a home strength and conditioning routine. Every day, I followed along with videotapes of abs and either an arm or leg toning workout. Eventually, my workout needs grew and I got some dumbbells, a bench, a jump rope, a standing punching bag and gloves, and some new running shoes. I have since lost 25 pounds, run 2 road races, and improved considerably in strength and stamina.

This weekend, my two-and-a-half-year-old just woke up and said that she wanted to wear underpants and no more diapers. Just like that she became a big girl. Honestly, I am a little sad to lose another of the baby aspects of my daughter, but I am more proud of her than anything. Who knows what other decisions she’ll announce in mornings of the future.

I guess that momentous changes and life-decisions can happen by just waking up.
Posted by Larry Tanner No comments:

WASHINGTON --A radical ultra low-fat diet and other lifestyle changes may help keep early-stage prostate cancer from worsening, says the first attempt to test the theory.

It's a small study that tracked men whose tumors weren't aggressive. Still, the research, published in the September issue of The Journal of Urology, promises to increase interest in whether diet might really help battle cancer.

Ornish's studies show that regimen can help heart disease, but why try it on prostate cancer? There is some evidence that diets high in fat increase the risk of prostate cancer, and that certain foods -- such as broccoli, or the nutrient lycopene from cooked tomato products -- are protective.

So Ornish and fellow researchers at the University of California, San Francisco, recruited 93 men who had decided against treatment for early-stage prostate cancer, a route known as "watchful waiting."

Half were randomly assigned to the Ornish diet and lifestyle regimen; the others weren't asked to vary their usual routines. The researchers sent participants' blood samples to Memorial Sloan-Kettering Cancer Center in New York to measure PSA, or prostate specific antigen, a marker used to track prostate cancer growth.

After one year, PSA levels had decreased 4 percent in the diet group -- unusual for untreated patients -- while PSA levels rose by 6 percent in the control group. That difference wasn't big but it's statistically significant, and the researchers plan to continue tracking the men to see if it really signals better health.

Also, six of the non-dieters had undergone cancer treatment in that year after all, because their disease was progressing. None of the dieters were treated.

"It's hard to get too excited about these results because you took a population of men who, frankly, are likely to do well no matter what," cautioned Dr. Durado Brooks of the American Cancer Society. But, "this definitely should open the door to more research."

"This report undoubtedly will excite the aficionados and devotees of lifestyle changes for cancer but it should also give pause to the skeptics," wrote Dr. Paul Lange of the University of Washington in an accompanying editorial.

Indeed, it comes just months after another study suggested low-fat diets might help women avoid a recurrence of breast cancer.

But these men weren't getting conventional treatment anyway, allowing a clearer test of dietary effects, he explained. The diet may help men undergoing therapy, too, he added.

"I always find it amusing" that people call the diet hard, Ornish said. "Compared to having your prostate removed? ... The only side effects are you feel better and it helps prevent heart disease."

More than 230,000 U.S. men are expected to be diagnosed with prostate cancer this year, and 29,500 will die, the cancer society estimates.

Imagine, good dietary habits can help keep you healthy and poor ones seem to have the opposite effect!
Posted by Larry Tanner No comments:

I'm sorry, but this is just funny. I just imagine half the dads in America seriously asking their "kids," Who the fuck are you, anyway?

Many Dads Unknowingly Raising Others' Kids
Increase in paternity testing reveals 1 in 25 men raising children not their own, study says
By Steven Reinberg
HealthDay Reporter


THURSDAY, Aug. 11 (HealthDayNews) -- Calling it a Pandora's Box with broad health implications, British researchers say genetic testing is informing about 4 percent of fathers that a child they are raising is not their own.

The implications are huge, the study authors noted, because such revelations often lead to divorce and increased mental health problems for both the man and woman involved, including the threat of violence by the man.

In addition, children whose lives are changed by this genetic information can struggle with low self-esteem, anxiety, and increased antisocial behavior, such as aggression.

And the problem will only grow more serious as genetic testing is used for more and more purposes, including screening for organ donations and checking for genetic-based diseases such as cancer, cystic fibrosis and heart disease, the researchers said. In addition, such testing is becoming more common in police investigations.

What's needed, the researchers said, is clearer guidance on when and how to disclose such information. They believe individual and family support services and counseling should become part of paternity-testing procedures.

"At the moment, people are often receiving the results of paternity testing through e-mail and post," said lead researcher Mark Bellis, a professor of public health at the Centre for Public Health at Liverpool John Moores University.

"People are receiving what can be pretty dramatic information without being linked into health or counseling or support services," he added. "In addition, people are coming forward in more and more numbers each year to have paternity testing done."

The report appears in the August issue of the Journal of Epidemiology and Community Health.

The authors said they based their findings on international published scientific research and conference abstracts released between 1950 and 2004.

The study found that rates of "paternal discrepancy" range on average from less than 1 percent to as high as 30 percent, depending on the group of people looked at. For women, those who are younger, poorer or have multiple sex partners are more likely to bear a child who wasn't fathered by a long-time partner, the researchers said.

An average paternal discrepancy rate of 4 percent means about one in 25 families could be affected, the researchers said.

To determine the extent of the problem, Bellis and his colleagues collected data on increasing rates of paternity testing in North America and Europe. For example, in the United States, rates more than doubled to 310,490 between 1991 and 2001, they noted.

In Great Britain, about one-third of pregnancies are unplanned, and about one in five women in long-term relationships has had an extramarital affair, the researchers reported. These are similar to figures in other developed countries, they noted.

Yet there is a lack of support services to help people who find out about a parental discrepancy from a paternity test. "Finding out a child does not belong to them [the fathers] can have effects in terms of breakup of families and issues of safety and well-being of the child and women," Bellis said.

Bellis believes that giving counseling and support to these families needs to be considered. "We need to think about how that can be delivered," he said.

He added, "In genetic testing for health conditions, in police investigations, all these can identify discrepancies in family genetics, but there is no consideration if it is a good thing or a bad thing to let the families know about those [discrepancies]."

One expert thinks the study highlights the social downside of emerging technologies.

"Not surprisingly, the disclosure of information about unsuspected paternity comes with potentially devastating effects," said Dr. David L. Katz, an associate clinical professor of public health and director of the Prevention Research Center at Yale University School of Medicine.

"But does that mean such information should be concealed when it is a byproduct of testing for other reasons? When should paternity testing be permissible, and at the request of whom?" he added.

New knowledge means new power, but not necessarily the power to use it correctly, Katz said.

"Bellis and colleagues suggest that genetic testing has provided the power to lift a lid off Pandora's Box," he said. "As they rightly point out, it will take something other than power -- namely wisdom -- to respond productively, fairly and compassionately to all that comes flying out."

The American Pregnancy Association can tell you more about paternity testing.