Sunrise Again (The Song So Far) 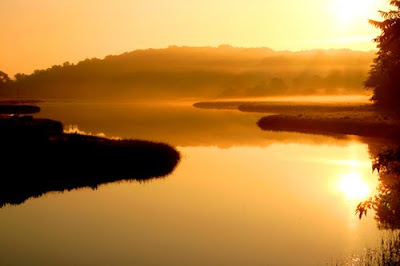 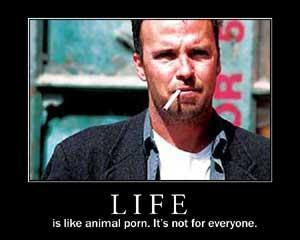 
I am not only traveling this week, but I am taking my book list exams today, tomorrow, and Wednesday. To top it off, on Wednesday evening I am giving a talk to undergraduates and graduates on my job experiences.
Posted by Larry Tanner 2 comments:


Over at the intelligent design website Uncommon Descent, the virtual community has been universally stumped by a commenter, and now posting contributor, called MathGrrl.

She makes an eminently reasonable request of the ID proponents:


In the abstract of Specification: The Pattern That Signifies Intelligence, William Dembski asks “Can objects, even if nothing is known about how they arose, exhibit features that reliably signal the action of an intelligent cause?” Many ID proponents answer this question emphatically in the affirmative, claiming that Complex Specified Information is a metric that clearly indicates intelligent agency. As someone with a strong interest in computational biology, evolutionary algorithms, and genetic programming, this strikes me as the most readily testable claim made by ID proponents. For some time I’ve been trying to learn enough about CSI to be able to measure it objectively and to determine whether or not known evolutionary mechanisms are capable of generating it. Unfortunately, what I’ve found is quite a bit of confusion about the details of CSI, even among its strongest advocates.

My first detailed discussion was with UD regular gpuccio, in a series of four threads hosted by Mark Frank. While we didn’t come to any resolution, we did cover a number of details that might be of interest to others following the topic.

CSI came up again in a recent thread here on UD. I asked the participants there to assist me in better understanding CSI by providing a rigorous mathematical definition and showing how to calculate it for four scenarios:


The ID-ers seem unable to provide MathGrrl with what should be very simple to provide. Nevertheless, the obvious question is where is the presiding ID mathematician William Dembski? His absence is now conspicuous.

I predict that he is busy furiously writing a carefully worded response to MathGrrl, in which he says she has misunderstood his work
Posted by Larry Tanner 1 comment: Feeling grumpy. It's been a hectic week at work, and I'd like to have Rickles insult plenty of my colleagues.


The situation in Japan remains grim. Millions of people desperately need food, water, shelter, and other aid. Please give what you can to the organizations you trust will bring relief.


But if you want something in the line of funny, here's Mike Myers:

Who Knows What's Next?


The ongoing crisis in Japan is hardly fathomable. No words. I must, I must, turn to music.


I send love, good thoughts, as much money as I can, and perhaps a greater sense of urgency to help save our planet.
Posted by Larry Tanner No comments:


I am not a great fan of Dennis Miller, but some folks (including Miller himself) seem to think he's smart. Since I am studying for my big Ph.D. exams and trying to manage three huge government proposals, maybe I'm smart too.

Email ThisBlogThis!Share to TwitterShare to FacebookShare to Pinterest
Labels: Funny-ish

Pay Down Debt or Build Up Savings?


I recently had the fortunate opportunity to consider whether, given a sum of money, it would be better to pay down debt or to build up savings.

Ultimately, I favored a combination approach. But the really valuable knowledge I gained by thinking about the issue was that I needed to pay more attention to my debt-to-savings ratio and to converting debt into savings.

Here’s how I rationalized the problem.

Imagine that you owe a friend 12 marbles. Because you have a limited monthly marble budget, you agree to provide at least two marbles until you have paid the debt in full.

In the two scenarios, the distributions of marbles are as follows:

But the critical difference is this: In Option 2, at the end of Month 4 you have no spare marbles. Were a new debt to arise in Month 5, you would be in trouble. You would have to borrow or dip into credit.

In Option 1, however, at the end of Month 4 you have four marbles available to deal with at least some new debt. Option 1 empowers you in a way that Option 2 doesn’t.

Option 2 depends on a rather Utopian fantasy that no new debt situation will emerge. Option 2 is a fantasy that one day you will be completely debt free.Then—and only then—will you start saving.

I think reality is actually quite different, and so Option 1 makes more practical sense. One way to think about it is that Option 1 adds one new debt to the mix: you.

So, my household plan is to establish regular monthly savings and build out the stored account (cash on hand) while paying and reducing our current debt at the levels we have been already. Instead of using “extra” money only to pay down debt, we’ll use it also to pay up out savings.

Longer term, the plan is to move certain sums into investments such as IRA accounts, mutual funds, and bonds. I’ll have to re-visit this post next year and see if anything’s come of the plan.

Or if I've lost my marbles. (Come on, that's the obligatory marble joke.)
Posted by Larry Tanner 5 comments:

Wednesday Comedy: Bobcat Goldthwait, or How Stressed Am I? 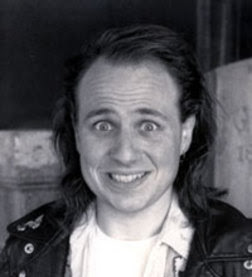