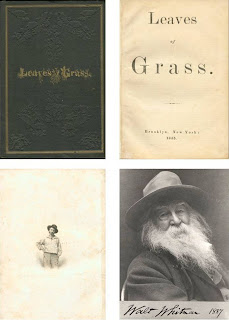 [The image in the lower right corner is one of my favorites. The others are from an 1855 edition of Leaves of Grass.]
For some time, I've been thinking about a change of direction in my blogging. Now I'm still as interested as ever in understanding what Atheism and religion "mean." I have many questions remaining about how and why people affirm (and proclaim and "sell") intimate knowledge that there is, and is only, one supreme being of the universe. I have not stopped my considerations on reasoning, and I will not refrain from criticizing ideas I think are poorly conceived or otherwise flawed.

However, concerning religion I have reached an end point ( that's "an" end point, not "the" end point) in my thinking about it. That end is expressed by R. Joseph Hoffmann far better than I could ever hope to:


When it comes to religion, words speak louder than actions. All forms of biblical and Quranic literalism are invitations to moral terror not because the precept you happen to be reading at the moment is “wrong” but because the one you read next might violate both conscience and commonsense. Violent because you cannot know what verses stir the mind and heart of your friendly local mullah, priest or rabbi. Picking and choosing what the experts believe the laity need to hear–the way most preachers have practiced their faith in public over the millennia–may be a tribute to the power of discernment, but it teaches the congregation—the occasional Catholic, the wavering Muslim—some very bad habits.

It can lead to a constricting of moral vision, the abuse of little children, butchering or disfiguring wives and daughters, the killing of the tribe of Abraham by the children of Abraham. Words do this because they have the power to be misunderstood. And because taken as a bundle, the texts of the sacred traditions are a muddle of contradictory and sometimes terrifying ideas that commend everything from peace on earth to extermination of the unbeliever in their several parts.

It is the kind of tangle that attracts knot-tiers and exploiters and anyone who needs the money of the poor to be rich. Most of the methods developed to study and examine the narratives of the world’s religions “scientifically” in the last two centuries have helped to provide contexts for texts, have shone light on the community within which texts developed—ranging from Syria to Medina—reminding us above all that the ancient words are no different in provenance than modern words: that is, they are human words and need human interpretation. The words are not above us, they should not be considered immune from our assessment and judgment. Any doctrine of inspiration that teaches otherwise is potentially if not actually malignant and insidious.

This is why am I an Atheist. Because the world needs people like me to do something. 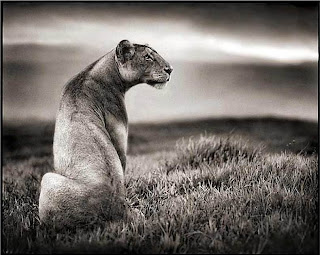 I have interests in addition to Atheism that deserve fuller and more sustained expression by me. I want to explore other aspects of this wonderful world, such as the poetry of its people, the conflicts of its nations and civilizations, and the endeavors of its animal inhabitants. I have no new insights into how awful the imaginary God is, how lifeless the fictionalized Son is, or how hateful their holiest adherents are. And I wish to avoid having one more discussion about how it's possible that I as an Atheist could live by meaningful morals.

Therefore, my intent is to refrain from blogging on Atheism and/or religion for a time. Instead, I intend to pursue a recent interest in American poet Walt Whitman (1819-1892). For the time being I hope to make the greater part of my blogging a journey through the 1855 version of Leaves of Grass.

If I recall correctly, I first read Whitman back in college. I still have my Norton edition of Leaves of Grass, probably intending to come back to it at some time. As a medievalist, reading works outside of the Middle Ages can be something of a luxury. I think now is as good a time as any to re-visit Whitman and get to know Leaves of Grass. 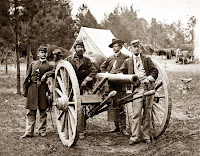 Independence Day is upon us in the U.S., and Whitman often wrote eloquently about America. His "Long, Too Long America" aptly describes a malaise afflicting the world at this very moment in history:

Long, too long America,
Traveling roads all even and peaceful, you learn’d from joys and prosperity only,
But now, ah now, to learn from crises of anguish, advancing, grappling with direst fate, and recoiling not,
And now to conceive and show to the world, what your children en-masse really are,
(For who except myself has yet conceiv’d what your children en-masse really are?)
Posted by Larry Tanner