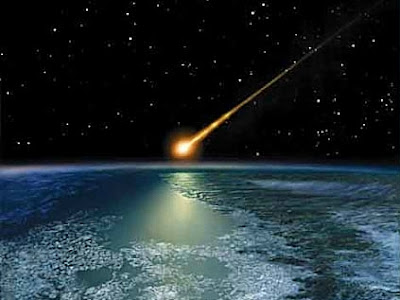 Over at the Intelligent Design site Uncommon Descent, a commenter called Jerad has been asking what ID theory advocates for the origin of life and development of species.

His requests are often polite and specific:


I am not asking you for the designer’s name or address, just your idea about the methods and timing. We know quite a lot about the people who built Stonehenge: what they ate, some of their rituals, stuff you can’t get from just studying Stonehenge itself. There are lots of good books about prehistoric Britain if you’re interested. AND we do ask: why did they build Stonehenge? When? In stages or all at once? Why? Always WHY?? It’s what science does. Asks questions.

You asked me a few weeks ago about finding Stonehenge on Mars and I said: you bet I’d think it was designed. And then I’d immediately start asking those questions and looking for answers and more evidence. I couldn’t just let the deign inference sit there and be happy. I’d start digging. Quite literally in that instance in fact. I’d do some archaeology and look for the designer’s trash heap. I’d ramp up SETI trying to find a signal. I’d try and date the structure. I’d hypothesise (based on careful examination of the thing) about construction techniques. If someone left a Stonehenge on Mars I’d bet they left some other traces and evidence.

Here's a second statement clarifying what Jerad wants to know about ID:


I won’t ask about the designer but, surely, a core part of ID is when; when did the designer intervene. That at least should be answerable. That is the core difference isn’t it: Darwinism says: the ‘gaps’ were bridged by natural, observable processes. ID says: the designer bridged those gaps with knowledge and abilities we extrapolate from our own currently inadequate abilities. BUT, you haven’t said which gaps or when.

Although in that thread none of the ID proponents sketches out the narrative for origin of life and development of species, the comments give enough for a reconstruction. Here, then, is my summary of ID's theory of life:


I hope the account above accurately reflects the theory. I expect I have the broad outlines but am off in particulars. I appreciate correction. Nevertheless, it's important to have an articulated ID theory because I, for one, am not satisfied with the following:


When we see a known adequate process that leads to reliable signs, we have every good reason to infer that like causes like, and to hold that in the teeth of any and all contrary metaphysical speculations and doctrines that do not have that sort of empirical warrant. In other worlds [sic], we are well within our scientific rights to insist on the credibility of inductive generalisation on signs that reliably point to known adequate cause.

That is what design theory is about, and it is why in the end, once people realise what is at stake in rejecting it — driving the proverbial stake through the heart of scientific methods and empirical reasoning — it will prevail.

The above defends ID, claiming it makes reasonable extrapolations from observed reality. It also attacks modern science for being driven by unsupported assumptions about reality. For all I know, these arguments have merit; unfortunately, they do not answer the questions people want science to address: What actually happened way back then? How did it occur? What were the conditions and how else might things have turned out?

It is not enough to claim only "I infer design" because to infer design is to invoke a narrative. If X is the result of design, then some designer made X and brought X into being at a certain point in time. What's more, design implies intent: to some degree, X fulfills the designer's intentions both for what X is and what X does. It's not enough, then, to conclude design without also articulating the designer, the designer's purposes, and the historical conditions under which the design first appeared. Indeed, I would go so far as to say that design cannot be offered or accepted as a serious hypothesis unless it affirms a designer, argues purposes, and establishes historical conditions and parameters.

Because ID proponents tend not to provide the sorts of details that Jerad asks for, ID continually comes across as incomplete and pallid criticism. From the thread I link to, anyone might question how much experience Jerad has with the biological data. Nevertheless, one clearly sees that his position is one that encompasses a totality of known data. ID rests on almost pure induction and seeks--seemingly--to keep design from being entirely ruled out.


Years ago, as a theist starting to buy into the arguments for atheism, I looked to Intelligent Design for a reasonable alternative to atheism. I thought ID might give good reasons to think our world was not without God or gods.

But Intelligent Design failed right away. I realized quickly that it would not give me what I wanted, which was a plausible, clear, evidence-based explanation of the world--including reasons for keeping the idea of God/gods. After all, if there were a good reason to think intentional design was part of life's origins, then there was also good reason to think God could have been the designer.

Unfortunately, ID's proponents, sites, and books provided no scientific development of the theory. Few people, least of all biologists, were applying ID to a full range of data from fossils, genetics, biogeography, morpohology, and so on. One could not enroll in a biology program at a university and study with an ID theorist. One could not open an academic biological journal and read about current findings in ID.

I saw, then, that ID was marginal and almost completely static. In its efforts not to identify explicitly with religion and creationism, it offered no definite theory of anything. It argued that "Darwinism" had failed and that "materialism" had thoroughly corrupted the practice of modern science. But it gave no explanation or narrative of the first design processes and subsequent processes.

Well, now we have an explanation and narrative. Once it's properly tweaked by ID advocates, we can have a real basis for assessing which accounts of life on earth best fit all the data. One final takeaway, then, is that ID postulates not a simple creationism. In the end, it is creationism and an argument that creationism can be rationally and scientifically warranted.

I suspect that people who buy into ID do so because they want to hold onto creationism. Sure, I suppose there is reason to dislike or be unimpressed with evolutionary science, but I find it hard to believe that one accepts ID simply because one is anti-evolution. No, I think one accepts ID out of rational necessity: these are people who know the Bible falls short of truth, who despise the middling ground of agnosticism, and who are repulsed by atheism.

These are, I imagine, some very conflicted conservatives--people whose intellects are at war with their values.
Posted by Larry Tanner