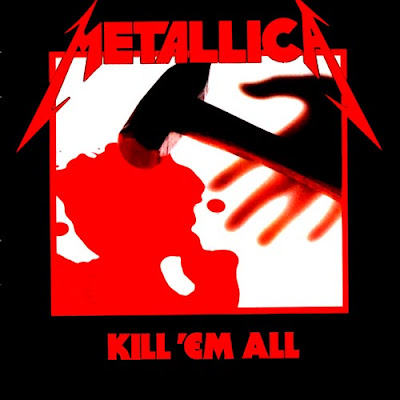 The Biblical World notes an interesting discussion over Israel's capture of Jericho.

The story is well-known for the part where Joshua and the Israelite circle Jericho, blowing trumpets until the city's walls come tumbling down. My kids used to have a Veggie Tales video that framed the story as one of "doing it God's way, not your own." The vegetable Israelites trusted God by obeying the bizarre orders of Joshua. They brought down veggie Jericho and immediately made their way to the Promised Land.

Not recounted in the kid vid, and hardly ever in polite company, is the actual Biblical story. For example, here's Joshua 6:20-21:

21. And they completely destroyed all that was in the city, both man and woman, young and old, and ox, and sheep, and ass, with the edge of the sword.

Now, some apologists bleat that Jericho had been warned beforehand. The city foolishly decided to oppose Israel; therefore, God was moral and Joshua was moral and Israel was moral to fuck up absolutely everyone and everything in Jericho.

Today, however, we can hardly accept such a feeble excuse. We know it's unfair to expect a city to surrender to an invading force. There's no way to reconcile the specific events recounted in the this chapter with an all-powerful, all-smart, human-loving deity. Surely such a God could have found a safer, saner method for achieving his divine purpose? For example, why not whip up a wall of sand--Exodus-style--on either side of Israel as they simply pass through Jericho unharmed?

But no, the God-apologists need to protect their idea of God by blaming the victims. Or, as John Piper does, the divine defenders just say genocide is fine...when God does it:


It's right for God to slaughter women and children anytime he pleases. God gives life and he takes life. Everybody who dies, dies because God wills that they die.

God is taking life every day. He will take 50,000 lives today. Life is in God's hand. God decides when your last heartbeat will be, and whether it ends through cancer or a bullet wound. God governs.

So God is God! He rules and governs everything. And everything he does is just and right and good. God owes us nothing.

Hallelujah, John! God can fucking kill anyone, anytime. He can stomp and maim until he's satisfied that He's killed enough. Heck, he can juggle the freakin' corpses and gargle their bones, and by definition it would be morally good and right.

And what's more, whatever the hell he decides to do to you, me, your little baby, your dear Aunt Sally, or whomever: we all should just thank him. He owes us nothing.

Piper's demented view is not far off from that of the odious Jewish convert, Jacob Stein. Stein believes that the Holocaust was essentially God's response to the Jewish Enlightenment in Europe.


It is true that I am implying that generally the victims of the Holocaust were sinners who were deserving of their fate however I believe that this is in fact obviously true and we will honor their deaths by learning from this.

In my opinion, the Holocaust is one of the strongest proofs of the truth of Judaism.

Stein has nothing to say about what the other millions of Nazi victims did to deserve their fate. Neither does he explain why American Jews, hardly known for orthodoxy, were spared. All he knows for sure is Haskalah-therefore-Holocaust. Bravo, Stein!

Piper and Stein agree that God uses human brutality to make his holy will known and to achieve his divine design in the world.

It's easy enough to dismiss abhorrent views such as those of Piper and Stein. Most of us, however, are unprepared to tolerate indiscriminate killing, genocide, and wanton violence. This is a good thing.

But come back to the Veggie Tales video I mentioned before. Remember what the decent little tomato and funny cucumber say: the right thing to do is what God tells you to do.

What they don't say is that God has sometimes told people to do some pretty awful and wrong things, if you believe there is a God to tell anybody anything.

Let me close with a modest proposal to leave vegetables for cooking and eating, leave God and the Bible in the fiction bin where they belong, leave moral decisions to rational minds, and leave genocide and slaughter altogether.
Posted by Larry Tanner